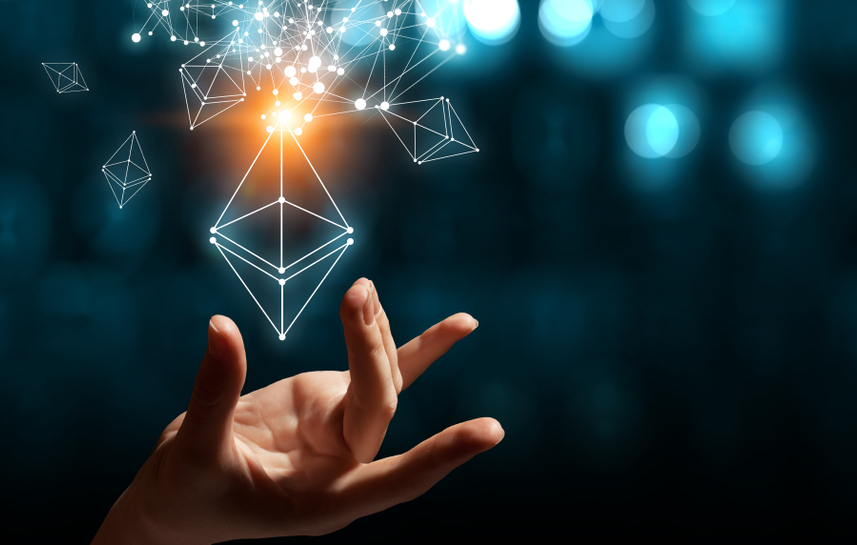 Ethereum is an open-source, decentralised platform that is powered by blockchain. The Ethereum platform hosts a secure peer-to-peer network that allows people from all over the world to run fraud-resistant software. The Ethereum platform supports a wide range of decentralised applications (dApps) including cryptocurrencies. It also carries out and verifies application code, called ‘Smart Contracts’ (which are computer programs that execute when conditions are met). These contracts allow users to make transactions securely, without a central authority.

The Ethereum network is highly secure because of blockchain, which means that cryptocurrencies can safely increase in value and that all digital ledgers are created and maintained publicly. All transactional data is fixed, verifiable and securely distributed across the network. All of this information is owned by and visible to all participants.

Ethereum also has a cryptocurrency called Ethereum, or Ether (ETH). The Ethereum network is not a centralised company that makes profits – it is operated by miners and validators, and these people receive ETH as payment for their efforts. Anything that is done on the Ethereum network costs ‘gas’, which is a fee that is paid in ETH.

What Is a Blockchain?

Any intro to Ethereum needs to begin with the basics of blockchain. A blockchain is basically a public ledger that duplicates and distributes information across multiple nodes or computers. A new ‘block’ (a place where information is stored and encrypted) is created whenever the previous block is verified. You can think of blockchain quite literally – it is a long chain of blocks of information that are linked together, and all of this data is visible to every member of the blockchain network, so it is fully transparent.

What Does Blockchain Have to Do with Ethereum?

The Ethereum network gets its security from the decentralised, transparent nature of the blockchain. The Ethereum blockchain is maintained by a huge worldwide network of computers, and majority agreement or ‘distributed consensus’ is required in order for any change to be made to the blockchain.

How Does Ethereum Work?

As we mentioned above, Ethereum uses blockchain to function. New blocks are added to the long Ethereum chain to process transitions, mint new ETH coins or execute smart contracts for Ethereum’s dApps. Ethereum’s network allows users to run applications, create, publish, monetize and use ETH or other cryptocurrencies as payment. In regards to Ethereum’s native currency, ETH has two core purposes – to store value and to settle transactions by allowing users to send or receive payments in ETH.

What’s the Difference Between Ethereum and Bitcoin?

Bitcoin was designed and created specifically to be a cryptocurrency. Ethereum, on the other hand, was created with the broader goal of leveraging blockchain technology for a diverse range of capabilities like applications, deploying smart contracts and hosting decentralised autonomous organisations (DAOs). Ethereum is responsible for a huge wave of innovation in blockchain technology – it expanded upon Bitcoin’s capabilities and created its own unique role in the cryptocurrency environment. You can think of Bitcoin as a decentralized mix between PayPal and an online bank account, whereas Ethereum is like that as well as an operating system and programming language.

What Is the Difference Between Ethereum and Ether?

Ether (ETH) is the name of Ethereum’s cryptocurrency token, which is native to the Ethereum blockchain-based platform. Cryptocurrencies that exist on the Ethereum platform but aren’t ETH are often referred to as ‘tokens’.

In 2013, Vitalik Buterin (computer programmer and co-founder of Bitcoin Magazine) released a document that proposed a platform with its own cryptocurrency. This platform allowed developers to create their own decentralised applications using a native programming language. Vitalik and a number of co-founders secured crowdfunding to develop the Ethereum protocol in 2014, and then Ethereum officially launched in 2015.

How Do You Buy Ethereum in Australia?

You can buy, sell and trade Ethereum and all sorts of other cryptocurrencies using an Australian cryptocurrency exchange (like Swyftx). We don’t mean to toot our own horn, but when you choose Swyftx, you can make the most of our low trading fees and keep more money in your pocket. To start buying and trading Ethereum on Swyftx, all you need to do is sign up to Swyftx, verify your account, deposit funds, navigate to the ETH page and follow the prompts to make your purchase! We strongly recommend that you research cryptocurrency thoroughly before making any purchases or decisions.

Got Questions? Just Get in Touch!

If you have any questions about our intro to Ethereum, just get in touch! We have an incredible customer service team that provides 24/7 personalised support to all users, and we would love to tell you more about Ethereum.

How to prevent an emotional meltdown when trading

Different Ways You Can Add Some Class To Your Home

Finding A Suitable Company To Outsource Your HR Requirements To

Why do new forex traders need a brokerage account?

Selecting The Best Platform To Use For Trading As A Beginner

Finding The Best Company To Install Partitions In Your Office