Predjama castle: something special in Slovenia 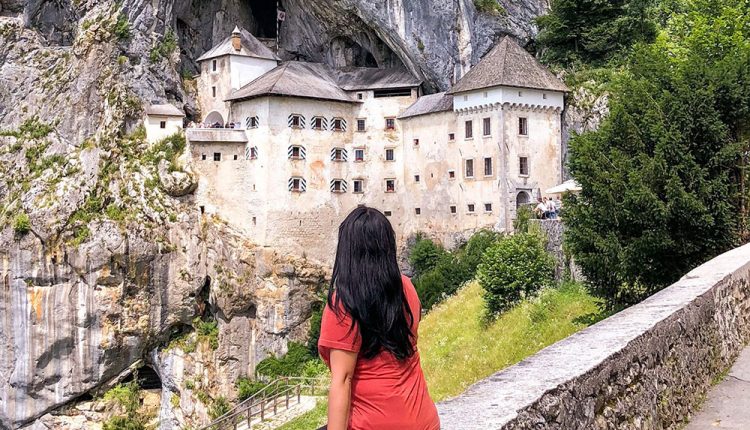 Slovenia has many castles, but this one really is something special. It is located not far away from the Postojna cave, so if you visit the cave, make sure you go to see the Predjama castle as well. There is a free shuttle bus running between the two during the summer month.

Did you know that Predjama castle is listed in the Guinness Book of Records as the largest cave castle in the world? It is a magnificent castle and you see the second you get to it. It is situated on the middle of a rocky cliff and it is built into a cave.

How to book a visit?

If you are in the area, you can buy entrance tickets in front of the Predjama castle. You can also book online. But, if you are visiting Postojna Cave, we strongly recommend you to buy a combined entrance ticket for both attractions.

It will take you the whole day to visit Predjama castle and Postojna caves, but this will really be a day well spent and your camera will be filled with beautiful photographs of natural and cultural wonders.

If you are lucky enough, or if you check the events at the Predjama castle beforehand, you may see some knight tournaments in front of the castle. The show really does take you back in time, to the days where it withstood a siege because its owner, Erazem Predjamski, had several secret tunnels coming out of the cave behind the castle. However, he was later unfortunately killed while sitting on a toilet, or so the legend says.

Predjama castle really is one of the hidden gems of Slovenia, so make sure you visit it.

Buying a Used Car Is the Best Way to Go

Growing A Business From Zero To Million Dollars In Revenue

Start Walking for Fitness – Why Not Begin in Greece?

Backpacking, Will It Be The easiest method to Travel Abroad?

Planning Is essential to Happy Traveling